Due to its lethargic yet strategic nature, Escape from Tarkov has gained major popularity among the audiences. This game requires a lot of patience and strategic planning that will help you escape the maps without being hurt. Here is everything you need to know about the Escape from Tarkov reserve map so make sure to read it till the end.

Eft Reserve map is what makes it even more interesting than it already is! You must be wondering what a reserve map is. For those of you who do not know, Reserve eft map is one of the most amazing yet challenging maps to play on. In terms of games, Reserves is the Federal state reserve agency base that resides Novinsky – 2. 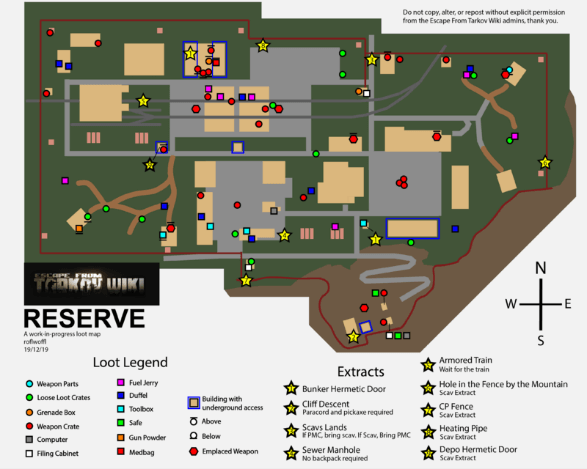 Eft Reserve map has a wide collection of supplies and storage depots stored including everything from food supplies to medications and weapons that can help an entire nation live in case a war broke out. Reserve map eft can be easily accessible by both PMCs and Player Scavs. Furthermore, these amazing eft reserve maps allow up to 10 players to play at the time simultaneously.

The more perks this map has, the harder it is to pass. However, this is what makes it more addicting and challenging. In this article, we will provide you with a complete guide about the points of reference, key locations, and reserve eft map extraction points so make sure to make it till the end!

Eft Reserve Map Extraction Points – Everything You Need to Know 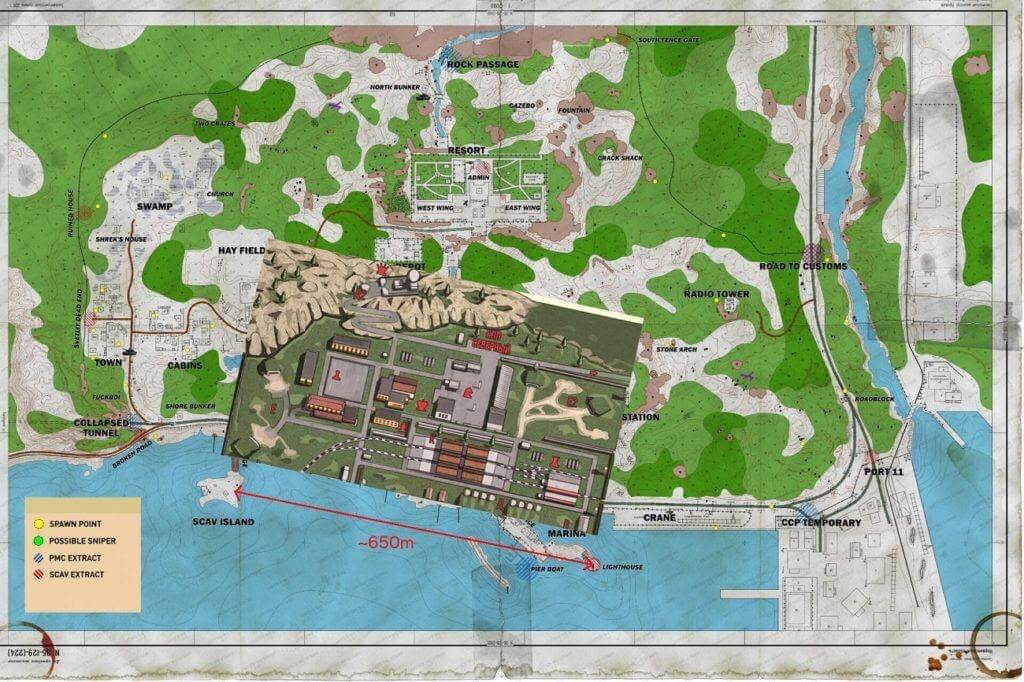 This Eft reserve map extraction point is in the form of a train that can be used by both PMC’s and Scavs players for escape. The train arrives almost 30 minutes after the game and appears on the guide when it arrives. The armored train stays for only 7 minutes before it leaves. Anyone who wants to escape must get on the train before these 7 minutes end. The train honks twice as a single to show that it’s leaving soon.

The Cliff descent is a member-specific extrication point and can only be used by PMC’s to escape from the reserve eft map. However, you can only use the cliff descent if you have the Paracord and Red Rebel (RR) Ice Pick along with you. You also need to note that the Cliff is located at the North near the radio pinnacle. To reach that point, it is important for you to lose any heavy vests.

This extraction point is available to be accessed by both PMC’s and Scavs players to escape. The Bunker hermit door is located on southwest of the Escape from the Tarkov reserve map. Once you have unlocked it, you need to extract yourself within a time limit of 4 minutes before the switch resets and the extraction point closes.

A sewer Manhole is an escape for both PMC’s and Scavs in case of emergency when they have no other option available. Since the Eft reserve map is quite difficult to survive until the end, therefore, Sewer Manhole extraction points are available throughout the complex map that will help you escape in an instant. However, there is only one condition for that, it’s that the players are not allowed to leave with a backpack along with them. So, in order to escape safely, you will have to give up everything you have collected so far.

This is also one of the good extraction points that is accessible by both PMC’s and Scavs players to escape the reserve eft map. However, there is one condition to unlock this extrication, it’s that the PMC’s and Scavs both need to be present there. So you can collaborate with other Scavs or PMC players and escape from the eft reserve map safely. 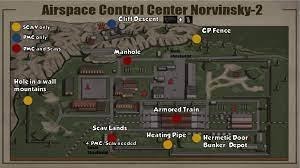 Coolest Things on Amazon Under $50

Sometimes finding the right thing that justifies its price and value is not easy. With…

Sam’s Club vs. Costco – Which One of Them Is Better?